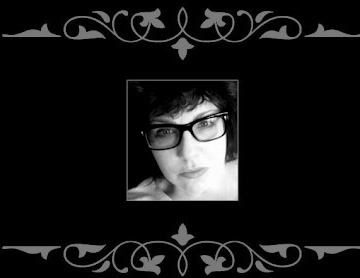 I wanted to start by asking, what drew you to teaching/writing about the body?

Well, I think bodies are interesting. They are such complex sites of identity and difference and pleasure and terror. We are material creatures—or rather we are creatures that seem to be some uneasy mixture of the physical and (if you believe in such things, and I do) the metaphysical. Our culture has really weird ideas about bodies, too: we value some bodies more than others (based on sex, gender, race, age, class). We don’t understand bodies, so we try to contain them in various (usually counterproductive) ways. And thinking about the body is so essential for writers and other artists: every single thing we apprehend about ourselves and other people and the material world, we apprehend and experience through the physical – through these bodies that we so deeply don’t understand.

Do you have a favorite body part or theme about the body you tend to come back to?

Probably mortality. It definitely is not my favorite thing about the body, but it’s the one I tend to come back to since it’s the one built-in thing that all bodies have in common: they run out eventually… they stop.

In your book True Crime, heritage and memory are explored in many different ways.  What roles (if any) did your own family play in the collection?

Oh, they’re everywhere in there—especially, I think, in the longer sequential poem, “Return to the Scene,” that makes up the second half of that book. Truth be told, most of those stories in there, to one degree or another, were seeded in things that happened to me or to people in my immediate family; I just ended up farming the stories out to a variety of “characters” in that poem because it didn’t seem plausible that all that strange/awful stuff could happen to the same four or five people, even though in reality it did.

What inspired you to write about murder/crime?

My mother’s father as well as (we think—it remains an unsolved gun death) her brother were murdered, so that’s probably where it started. Then later after college I had a sweetheart who was a court reporter with a Southern newspaper; he covered the trials of several people who ended up on Georgia’s death row, and both of us later ended up staying in contact with one of these people, a guy named Terry Mincey. We both corresponded with Mincey and visited him at the state penitentiary for years (he was executed by the State of Georgia in 2001). And I guess I also know a lot of people (mostly women) who are survivors of one or another type of criminal violence. So I guess violence is something I don’t understand, and I keep coming back to it to try to parse it—though of course in the end it isn’t ever parse-able.

I especially enjoyed your piece(s) “Prima Facie” and its study of how the body relates to words outside of itself. In your opinion, what is the connection between the mind and body?

Did you ever work any odd jobs to support your writing?

Oh, God, yes. For years. And if the writers I know are any indication, so do most writers. Most people I know have had to slowly build lives in which art is central. It’s not the easiest road to choose, this writer thing. For example, during the three or four years after I finished the MFA program at Brown, I did a combination of the following things to pay my rent (usually three or four of them at any given time): piecemeal college teaching (one class here, another there), tutoring, special collections library assistant-ing, freelance proofreading, college exit-exam essay grading, manuscript typing, bookstore cashiering (at the Grolier Poetry Bookshop, a fabulous place in Harvard Square). And that’s after grad school; that doesn’t even count the jobs I had after undergrad—the most interesting of which was probably radio station deejay and the most awful of which was definitely telemarketer.

Do you have a daily writing routine?

I have absolutely no daily writing routine. I tend to scribble in notebooks and on stray pieces of paper in a relatively haphazard way when the urge strikes me, collect a lot of that haphazard material, then type some of it up, see what sticks, and revise it over and over and over again until I trust it. I know that may be a semi-heretical thing to say within the context of a writing program, and don’t get me wrong: extensive, brutal rewriting and revision is the key to writing for me, but the ubiquitous “you must approach your writing like a job, you must write every morning at the same time for X number of hours” approach—though wonderful for some people, I’m sure—for others is a deeply un-useful way to approach art-making. It seems to presuppose some sort of monolithic, normative way of making art and if you don’t make it that way, you’re doing it wrong. And that’s absurd. It’s comforting (come on, kids! ten easy steps to writing a great novel!) but absurd. There are as many ways of making real art as there are real artists. You have to find yours.

What books are on your bedside table?

The 1997 JPS translation of The Book of Psalms and the lovely little Everyman edition of the Selected Poems of WB Yeats.

What strikes you in a piece/what do you love to see in literature?

What advice would you give to young writers?

Get less interested in plots and more interested in words. The “what” of a story is almost never what lifts it from the level of entertainment/commerce to the level of art; it’s basically always and only the “how” that does that.